The role of a production designer is vastly different between live-action and animated projects. Luckily for “What If…?,” however, the show’s production designer Paul Lasaine has experience playing in both sandboxes, and it really shows in the final product. Whether he’s drawing inspiration from his work on “Spider-Man: Into the Spider-Verse” or the “Lord of the Rings” trilogy, Lasaine has a deep catalog of work that helped inform his significant role on “What If…?” And for an animated series such as this, we need strong people behind the scenes to keep the wheels turning.

During an exclusive interview with Looper, Paul Lasaine took us on a journey throughout his career, revealing how massive projects like “Lord of the Rings” helped inform his work on “What If…?” and shaped him as a production designer. Given that the MCU and “Lord of the Rings” are two of the biggest franchises in our lifetime, it’s no surprise that working on one major franchise would help take on another. 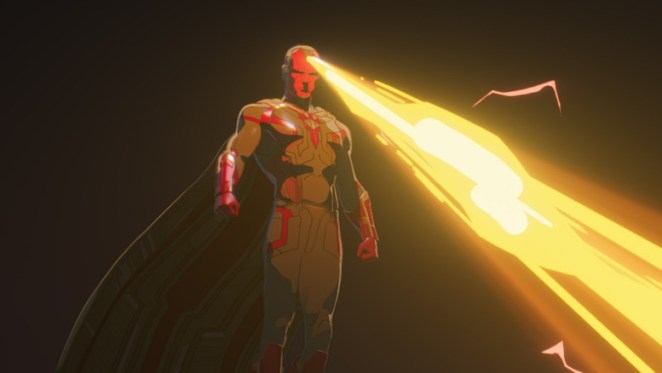 On some of the highlights of Lasaine’s career, and how “What If…?” fits into his vast catalog of work, the production designer explained, “The shows that I actually think of as the ones that have been the most important to me, one of them was before that it’s ‘Dick Tracy,’ which was a live-action show.”

He added, “I was one of the heads of the matte painting department. I was a traditional mapping on that. ‘Prince of Egypt’ was a huge one for me. That was my first foray into animation. I wasn’t an art director, but I was the co-head of the background painting department. I might as well have been an art director, I just didn’t get the credit.” Can we get Lasaine that credit, stat?

Lasaine noted, “‘El Dorado’ was my first art director credit. I didn’t last on that show that long. Christian Schellewald was the chief designer on that show. He was really the brainchild behind all of that, or that was his brainchild to look at that show.”

The golden trio of a generation 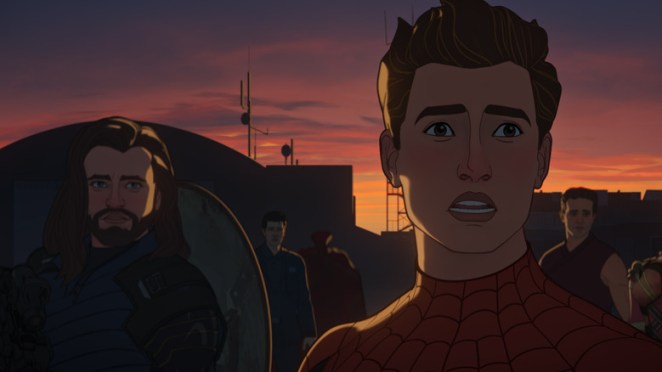 Revealing the heavy influence “Lord of the Rings” had on the series and his career, Lasaine added, “I left that show to go on to ‘Lord of the Rings,’ which was the most important project that I’ve ever worked on in my mind, because, well, it was just, I mean, it’s one of those kind of landmark projects that you’re just lucky to ever get near. I mean, there have been a few of them, I think. ‘Star Wars,’ ‘Lord of the Rings,’ and ‘Harry Potter’ for these generations are those three. And I got one of them.” Well, technically, he’s gotten two because now, the MCU has joined the likes of “Star Wars,” “Harry Potter,” and “Lord of the Rings” as one of the most influential movie franchises of our lifetime. Go, team!

He added, “I worked downstairs from the ‘Star Wars’ guys for a while being in the MCU. Because we shared a building. And that stuff is incredibly influential — you carry all of that information with you, all the experiences, obviously this show is its own anime, so it’s completely different, but the experiences are all there.”

On what he learned from those experiences that he brought to “What If…?,” Lasaine explained, “God, everything. Literally everything. And I mean, either, like how to design a certain thing? How to handle a brushstroke a certain way? You work with so many artists, and you see all the things that they’re doing. It’s like being in school constantly.”

Fans can tune into new episodes of “What If…?” when they release Wednesdays on Disney+.